Mechanic Hornsby: How we went from nothing to two stores

Whilst at high school the first fast and the furious film came out, and that depicted obviously fast cars, street racing and all that. What it actually captured was a culture.
So I then decided to be a mechanic and did my apprenticeship. I did my apprenticeship across a number ofd stores on Sydneys northern beaches, with a bit of experience mostly on European vehicles which is interesting given what I actually loves was the Japanese market. So I did a bit of time with Land Rover, did quite a bit of time with a guy who specialised in Alpha Romeo, Mercedes Benz, those kind of luxury vehicles that were a bit more complicated and technologically advanced. 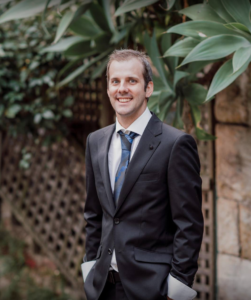 So then I was working a day job, I had no car, I had a marriage go bust and was living in my sisters place actually. I decided I want to start my own business, so I kept my nine to five job and started working out of mum and dads garage at night. So I was doing my nine to five job, picking up the customers cars on the way home from that and then doing the work on their cars that was needed finishing at midnight and then after a period of time it got to one in the morning, then two. It started to get to the stage where it was almost all night, I was running on very little sleep. But what customers had discovered, or I had accidentally discovered because of this moonlighting I was doing was that there was a need for me to pick up and drop off the car because no one bus going to wait up at three in the morning to get their car back.

Then at some point in the next six to twelve months Mum and Dad separated and as part of that the house got sold and they went on their seperate ways, so I had to find a new premises. A good friend of mine from Narrabeen towing, down in Narrabeen naturally, offered to help me out. Mark Seymour, offered to rent me a small one bay workshop at the back of his towing yard.

We had discovered this niche of picking vehicles up for people and dropping them back took away a lot of frustration for our customers. Then we decided it was time to move on and get our own space. We then got ahold of the site we are in now . We were living in here, running the business, living on site, trying to keep the overheads as low as possible and then slowly grew it.

Possibly another year or two and we then out grew here as well, so we then acquired a second site in Warriewood on the same complex. In the Warriewood store which is actually two seperate buildings we’ve got five hoists across two sites.
We then got an investor on board and set up and opened Hornsby. There is a three bay shop there, operating out of Hornsby with capacity to expand to a six bay shop.

So the future for it all is we would like to do twenty stores in the next ten years.