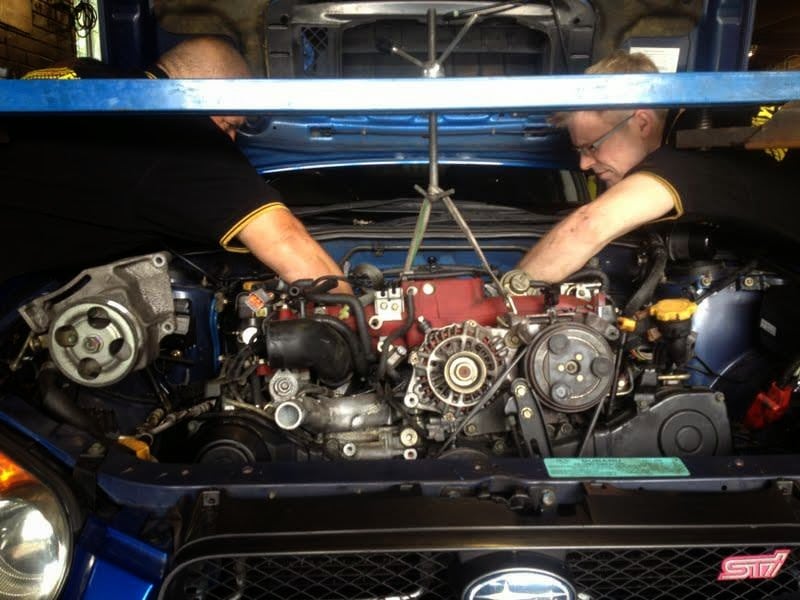 For the first year or so of operation we remained at my parents home garage, this had its complications of course but the greatest of these was our inability to carry out some of the bigger jobs. Clutch’s in four wheel drives, engine jobs, automatic transmissions and any job that required a cross member to be removed from the vehicle.
These were all things that simply could not be done at home without blocking up the driveway for other work.
For a while we outsourced this work to various other shops and contacts I had made through the industry but found these shops were not looking after us on pricing as much as we would have liked.

Now not far from my parents place a small mechanical workshop stood sharing the lot with a petrol station. I refused to use this company as I had used them years earlier for my own vehicle when it came to tyres and was treated very poorly by them. Years later for whatever reason I was forced to go back and found new owners in charge and found out that the previous owner had been murdered in some drug related business, which was no great surprise to me.

The new owner was more than happy to help me (although his employment requirement seemed to be blokes with bad attitude only) and for the next twelve months we had a great relationship. I have no idea why he chose to help me but for that first start up year his generosity with use of his shop and tools greatly helped us. In turn he was our rego inspection guy, our scan tool (checking fault codes when the engine warning light comes on), our tyre and wheel alignment supplier and all the big jobs we could not handle came to him. He had a very fast turn around and would always ask me what I am charging for the job then go me halves in the labour. He never once gave me his price, rather he allowed me to decide. Effectively we were making income for doing very little. Later in the story as we moved into a premises that allowed us to do these jobs ourselves we saw less and less of him. To this day I believe I could call him and ask for the favour and he would help me.