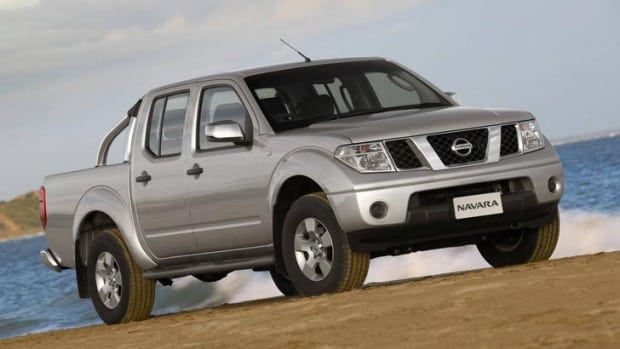 The D40 Navara is a bad choice every Tuesday through to Sunday and thats only because no one is paying attention on Mondays.

The Nissan range of larger vehicles for commercial and family use are normally top notch vehicles, designed to take on its competitors such as the Land Cruiser and Hilux. Unfortunately, Nissans normal good quality seemed to have been put out with the paper recycling on the day the D40 was conceived.

Most are quick to blame the countries where these fine specimens of rubbish are manufactured. The D40 was manufactured in two different countries, Spain and Thailand. Thailand, which is best known for cheep tattoos, lady boys, ping pong balls and cosmetic surgery gone wrong can now add rubbish SUVs to the list of things the world cringes at and curls their toes up at when they think of this place.

Spain is also responsible for the D40 and you may be thinking Spain is not so bad and you would be right, yet missing from your grand conclusion are two things. Firstly Spain is the nation famously known for stopping work mid afternoon every afternoon for a Siesta , a nation that can’t make it through an eight hour work day without a bit of shut-eye is also responsible for the design and development of an automobile, one must raise an eyebrow. Secondly this is a nation who has created a festival called “La Tomatina” in summery this festival is an hour long food fight with just tomatoes. Take these factors into account and now ask yourself are these two countries capable of making a car I want to drive?

In all seriousness these two companies are actually more than capable of making decent automobiles but for some reason, unknown to us the D40 just seemed to suck more than a Pleco fish in a fish tank three days after the filter has failed.

The D40 unfortunately is a colony of ecoli on the room temperature Canadian Beef that is the Nissan range of cars. In case you have not picked up the vibe we are not huge fans of these.  Lets get to why.

The manuals give less trouble but the clutch unit itself is believed to be too small for the vehicle and the load it pulls, add to that the use of a duel mass flywheel in the D40 and a routine clutch replacement just got super expensive and a little more frequent.

The petrol engines are massive fuel guzzlers and the diesels are giving a conglomerate of issues with both EGR blockages and the fuel system itself giving grief to owners. The D40 diesel uses common rail diesel system which results in super expensive repairs when the fuel system gives trouble, which they do.

The Seating in the Navara is incredibly uncomfortable and the duel cab leaves a tray that is not overly practical for very much at all. Other common faults are the Cruise control regularly fails in them and the SRS air bag system gives nothing but nightmares.

The final straw for many who may buy the D40 for 4WD purposes is the fact that the D40 uses a stud pattern used by no other manufacturer. For those towing trailers who like to keep the stud patterns all the same across the 4X4 and the trailer, allowing the vehicles to have two spare tyres between them that can be used on either vehicle, it is not possible for the D40 to do this.

We advise avoid buying these. If you want a duel cab ute, the Mitsubishi Triton or the Toyota Hilux are better options.