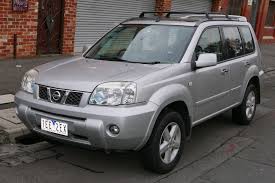 The Nissan XTrail has been available to the Australian market since the year 2000. The first generation of the XTrail was the T30 XTrial and that is the model we will be looking at in this article.

At the time of release in Japan, four engine variations were available, ranging from a four cylinder turbo charged option through to a diesel motor. At the time long, boring meetings with men in cheap suits, restricted several of the engine options making it to Australian shores. The result is you could only have one of two options in Australia. The naturally aspirated boring 4 cylinder or a Turbo option that won some sort of efficiency award back in 1998, keeping in mind that 1998 was the same year Britney Spears released her chart topper “Hit Me Baby One More Time”.

Whilst we’re on that topic, that was back when Britney resembled something of an attractive young woman. If your memory is super good you may even recall this was around the time that she announced to the world that she was saving herself for marriage, and even Morgan Freeman laughed. This was an era long before the head shaving and experimentation with pseudo ephedrine injected through the eye socket. So going off this highly visual time capsule, an efficiency award in 1998 meant you could make it from Manly to Palm Beach on one tank of fuel, and in modern terms, means squat.

The T31 is actually a decent car for its age. Most people at the time went with the petrol engine option, resulting in very few diesel motors now coming into workshops. We do advise going with the petrol option as these are far more reliable than the diesel motor.

Some common faults that plagued the first of the Trails. Perhaps the most common is the failure of the crank angle sensor. The Nissan will randomly stall, flick the check engine light on and in most cases will start again. This can happen a number of times until the motor won’t start. It’s nearly always a faulty crank angle sensor. Be warned it’s about as much fun to replace as going on holidays with Pol Pot.

There are very few other common things with these cars. The early technology of what’s called “fly by wire” (basically a glorified name made up by engineers as they stroked their long, grey beards) for electronic throttle, is troublesome if it ever needs to be reset.

The flywheel fitted to the manuals of these vehicles have what’s called a duel mass flywheel fitted to them. Various options are available to a client who needs a replacement clutch with a duel mass flywheel. Check with your mechanic as to what they feel is best at this point, as there are many differing views on swapping out duel mass with single mass flywheels. The long and the short of it is, a clutch replacement for a T30 XTrail (depending on which way you choose to go) can cost you up to $3K.

The little plastic clip for the bonnet prop up pole always breaks off. Its very annoying.

Aside from these issues the T30 XTrail is actually a surprisingly resilient little SUV. For a car that is pushing 20 years old they are still one of the cars we advise our clients to look at purchasing, particularly if you are after a family SUV for under $10K