The Best Cars For Students 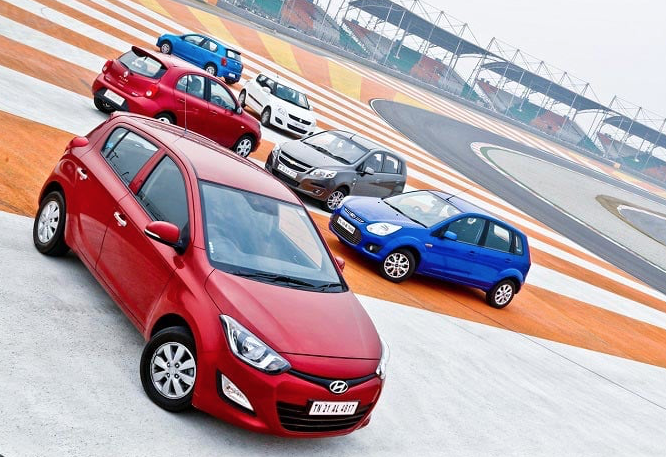 Here is a list of our mechanical opinion of the best vehicles for students. University or high school students are known for having a wardrobe on the back seat, several sets of shoes in the boot and almost no money. For this reason we have listed the best vehicles for these people solely based on how much they cost to maintain. The cars listed have very little wrong with them and cost almost nothing to service. These cars may not be the most flattering vehicles on the road nor the most masculine but if you only have twelve dollars left at the end of the week, your options are limited.

All of the cars listed have no timing belt, they are all chain driven, they all have drum brakes on the rear which last longer than disc rotor style brakes and are cheaper to replace when they wear out. All of them are cheap on fuel and have small steel wheels, this means tyres are the cheapest on the market when it comes to replacing them. They are all known as girls cars and all have very limited get up and go, however all of them are exceptionally cheap to maintain. So here they are in no particular order.

Nissan Tida:
Don’t let these overheat, they do blow head gaskets very easily if they get hot, which does become expensive. There is a common issue with a top engine mount that has to be replaced with the genuine product and we have seen a few block up radiators adding to the head gasket risk. If you can keep your eye on the temperature gauge and not “drive it until it stops”, these are a great vehicle. Voted the vehicle most likely to have old condom wrappers beneath the back seat. Fret not you will also find KFC refresher towels, a few bucks and an old set of RCA cables under the back seat too.

Possibly the most feminine vehicle on our list, they even come in this filthy salmon pink colour. The Micra is a three cylinder, which reduces fuel costs even further than the other vehicles on our list, however the cost is power. Behind an automatic transmission the Micra is very laggy in responsiveness. The Micra is one of only two vehicles in the list we feel is a “throw away car” that is to say its resale value will be minimal when you’re done, its the kind of vehicle that is a one owner deal. Buy it, drive it and when you’re done throw it away. If you’re a bloke and you’re going to drive this car you had best be super confident with your sexuality. Either be a homosexual, own it and proudly wear the stereotype that this is a gay mans car, or boldly step from the car oozing charisma and let the jokes roll off you. This car offers no fogginess for middle ground if  you’re male and driving this car, you must confidently be either one or the other.

Probably mechanically the best of the list. The funky digital dash in the middle of the dashboard is a little off putting and some people can’t handle that. Aside from that almost nothing goes wrong with these. They are getting a little old now, so finding one with low kilometres is unlikely. Having said that the Echo is the sort of vehicle that with routine oil changes will last half a million kilometres. They have been known to recover from copious amounts of water entering them. Most have been used for a hotbox and will contain traces of illegal substances, be sure to let your second hand Echo air out for a few days before driving, lest you run the risk of failing a random drug test from simply sitting in the vehicle.

This is probably our top pick of the list. They are common for giving air flow meter faults which is about a $800 fix. The symptoms are poor idle and stalling. Aside from this, these cars are near perfect. Most have been owned by previous uni students and come with complimentary yellow parking lot pylon paint on the bumpers. Of the list these cars are the best in safety too. If whilst on your way to TAFE, you plan on texting your girlfriends about how you can’t recall how you ended up in that hot guys bed last night and rear end the Nissan Patrol in front of you, this is the best car to do that in.

The other throw away vehicle on the market. These things are a styling disaster but when you’re on a budget, beggars can’t be choosers.  These vehicles look like something that come out of Willy Wonkers factory. Colours include a fluorescent pink and a green that screams out I’m confused about a great deal in this world. This was a new car for $13K off the show room floor and Mitsubishi were surprised as to why they did not sell too well, lets help them out, you designed a car that appeals to twelve year old girls, thats fine if twelve year olds can drive. Unfortunately for Mitsubishi, law graduates, real estate agents and cement pourers were never going to buy this vehicle. A shame really because mechanically they are not too shabby (for a car that retailed brand new for $13K) . Three cylinders of hatch back fury through a CVT transmission means you will be mistaken for a hair dresser on a daily basis, but for under thirty bucks a week in costs, who cares.