The Issue with New Cars from Holden and Ford 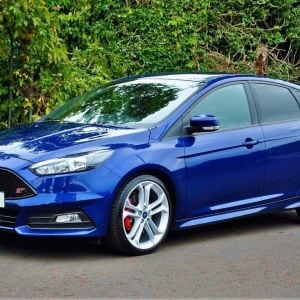 The simple reality is Australia was never a real contender in the global car manufacturing market. Locally produced Fords and Holdens when held up to the Asian and European counterparts, were nearly always found wanting. Our infrastructure simply can’t keep up with some of the global manufacturing superpowers and as a result the end product suffers.

The locally made Holden and Ford were not bad vehicles in the day, but Australia has struggled to keep up with the pace made in Europe and Asia when it comes to research, development and overall superior vehicles hitting the market. This should be no great surprise to you as in recent years both Holden and Ford have pulled the pin on the Australian production of both the Falcon and the Commodore.
The decline of the sales of the iconic Australian vehicles I believe is attributed by two things. Firstly as I have already mentioned our countries inability to keep up with the competition. The second is the changing market. Fifteen years ago, every family known to man owned a rear wheel drive, fuel guzzling, six cylinder. Today we are seeing the family car becoming a front wheel drive four cylinder. Vehicles that were previously considered to be only suitable for female high school graduates to drive to and from university (provided daddy loved her enough) are now becoming the norm for family vehicles. The direct result of this, sales for heavy, clunky, rear wheel drives has taken a dive.

Holden and Ford are on the ball and knew this was coming. The counter move they have played is importing vehicles from other countries and selling them in the Australian market as Holden’s and Ford. Vehicles coming from Thailand, Spain and across Europe are hitting our car lots across the country branded as the Territory, the Cruize, the Trax and the Barina to name a few.
Is this a problem? Not at all as long as buyers are making informed choices about what they are purchasing. The average overweight, pie eating Aussie bogan buying a Holden Cruise under the misconception they are supporting the local car production market is a little confused. However the issue for us arises more in the quality we are seeing with these vehicles and some of the poor choices made when it came to putting them together.

For example, the Holden Trax which is sold as an attractive looking SUV, soccer mum style car is running a 1.6 Petrol engine. The engine is far too small for the weight it is pulling and massive issues with these cars are inevitable as time goes on. Having said that, even these issues are not our greatest concern.

The number one thing consumers need to know is this. The bulk of vehicles sold under the Holden and Ford Brand are sourced from companies in Europe such as Opel and Vauxhall. The Europen car market is possibly in front of the Asian car market when it comes to tech and development. The greatest automotive developments happening in our world right now are coming out of Europe, out of places like, BMW, VW and Mercedes Benz. They are not coming from low end mass produced companies like Opel. Most of what we’re seeing land in our car yards in Australia is the bottom of the barrel when it comes to great European cars.

These cars are amazing to drive, look sexy and feel great on the road. They handle well and are cheap on the fuel. However the greatest issues we’re seeing is the massive use of plastic components in the engine bay. These cars are created to be a five year throw away type of car and once they get a few years under their belt, serious and expensive problems arise. As the plastic components get older they become brittle and fall apart. This is caused by the heats involved in running a car. The catch is all of the plastic in the engine bay is exposed to the same heats and the same conditions for the same time period. This means that once one part fails, you can be sure the rest are not far behind.

The second issue with these cheaper European made cars is the engine family that Holdens particularly seems to love running with (Captiva, Barina, Astra, Trax and Cruise). They have taken the bucket of puss that was the Holden TS Astra and have changed very little and kept producing it with different body styles. Small under powered engines, running timing belts and pulling weights that are near impossible for the little engines to cope with. It’s a disaster waiting to happen.
Be very careful when you look at anything Holden and Ford are selling these days as its the cheaper end of the European market and has more troubles than it’s worth. Our advice is, if you’re shopping in that price range have a look at the Japanese made cars.

How to Stop Spiders Getting Into Your Car
August 26, 2015